Discover It in 7 Minutes Series

The ABCs of Islam 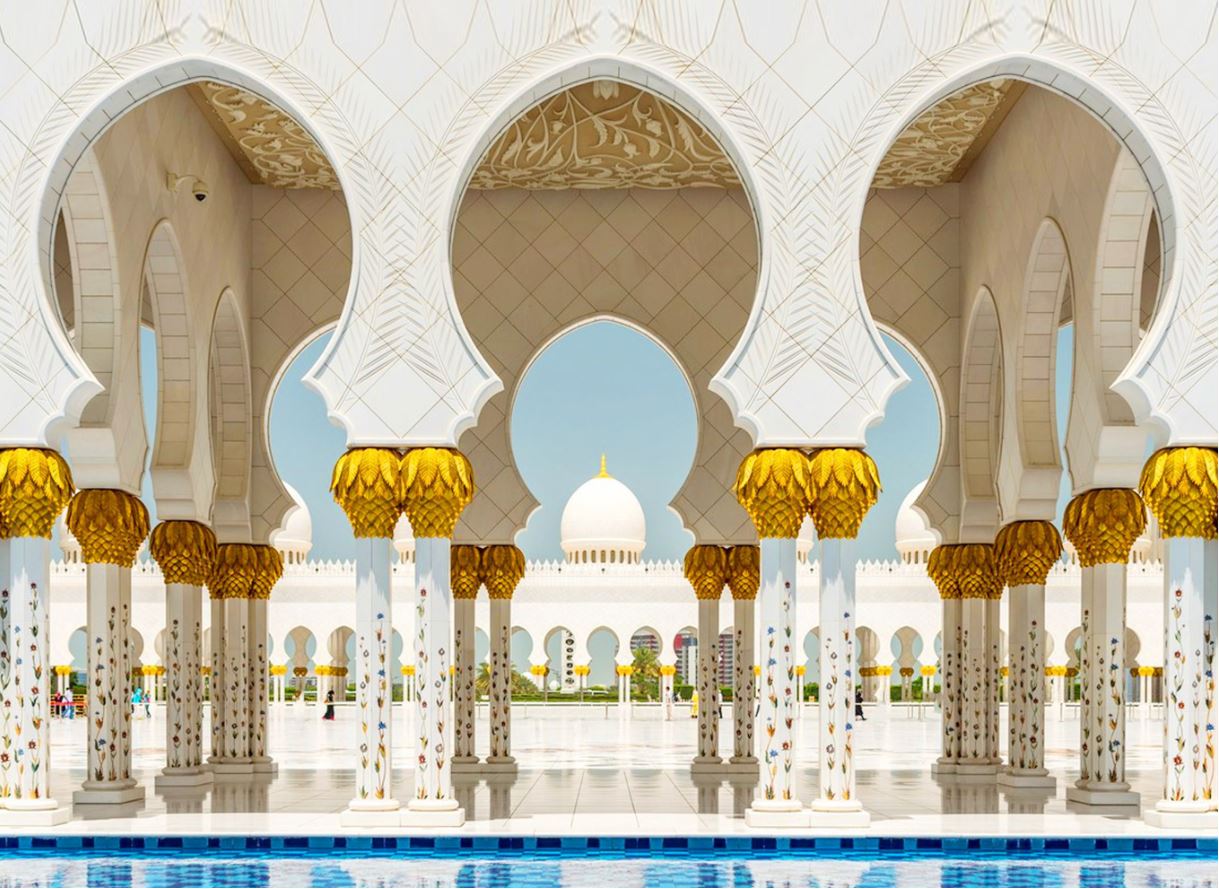 Islam teaches us that the gateway to a happy, content, and eternal life is through believing in Allah the One True God and His final Prophet Muhammad, and pronouncing this testimony:

Islam also tells us that simply believing in God and His prophets is not enough to gain peace of mind, happiness, and salvation! We must also carry out the Will of Allah, through worshipping Him ALONE, obeying His commandments, and practicing what we believe in.

Submission to the Will of God is the essence of Allah’s message. In the Qur’an, Allah confirms the true meaning of this submission and the reward prepared for those who believe and do good deeds:

{Indeed, those who have believed and done righteous deeds – they will have the Gardens of Paradise as a lodging.} (18: 107) 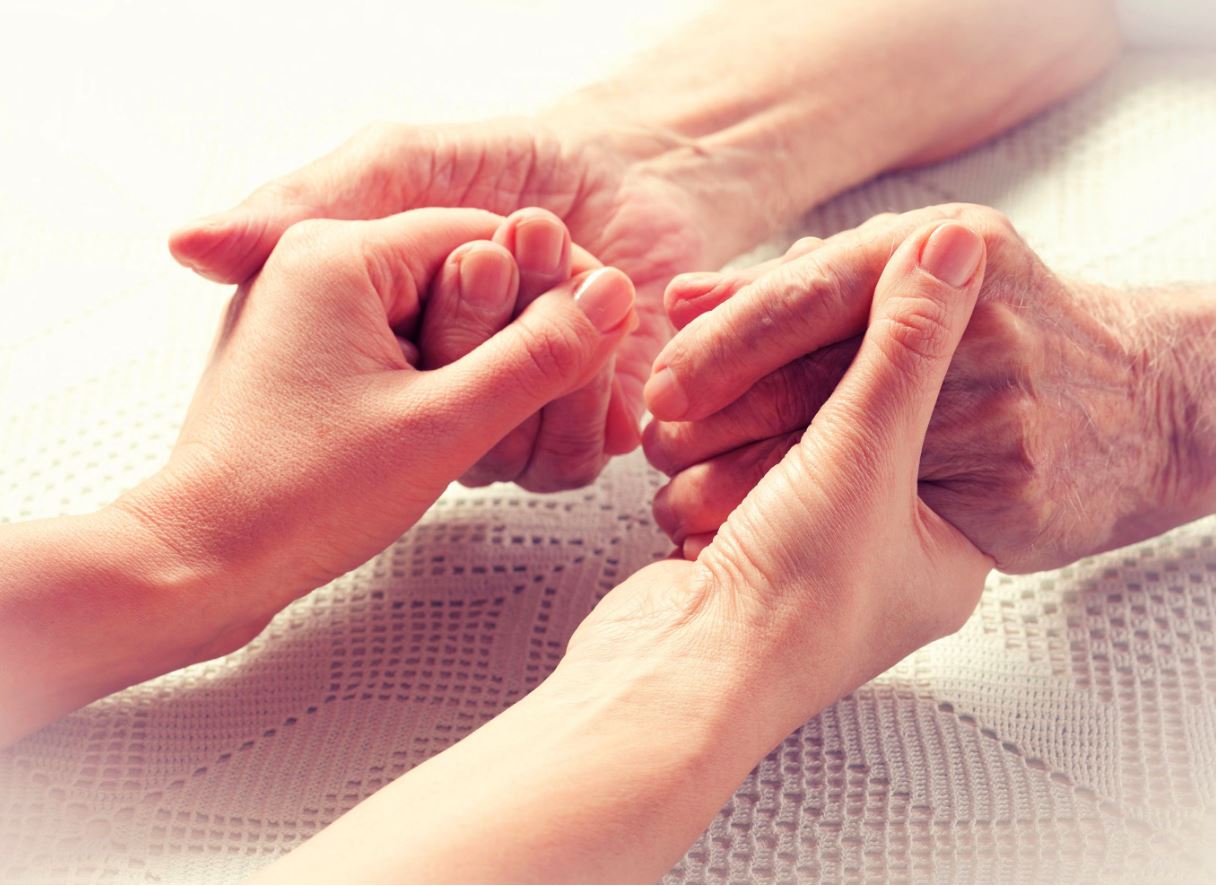 Similarly, the Bible reports these words of Jesus’ brother, James:

“For as the body without the spirit is dead, so faith without works is dead also.” (James 2:26)

Muslims must not only have faith in Allah (the One True God) but also do good deeds. They obey the commandments that Jesus and all of the prophets taught and obeyed, such as believing in One True God, praying, prostrating and kneeling down in worship, fasting, giving alms and charity, saying “if God wills (Insha Allah)” for something in the future, and using the greeting of Jesus and the prophets, “Peace be upon you (Assalamu Alaikum).”

These are just a few examples and pieces of evidence that clearly demonstrate the truth, unity, and universality of this magnificent and beautiful religion of all the prophets: Islam. Practically speaking, a Muslim, or a person would like to be a Muslim, must believe in the six articles of faith. 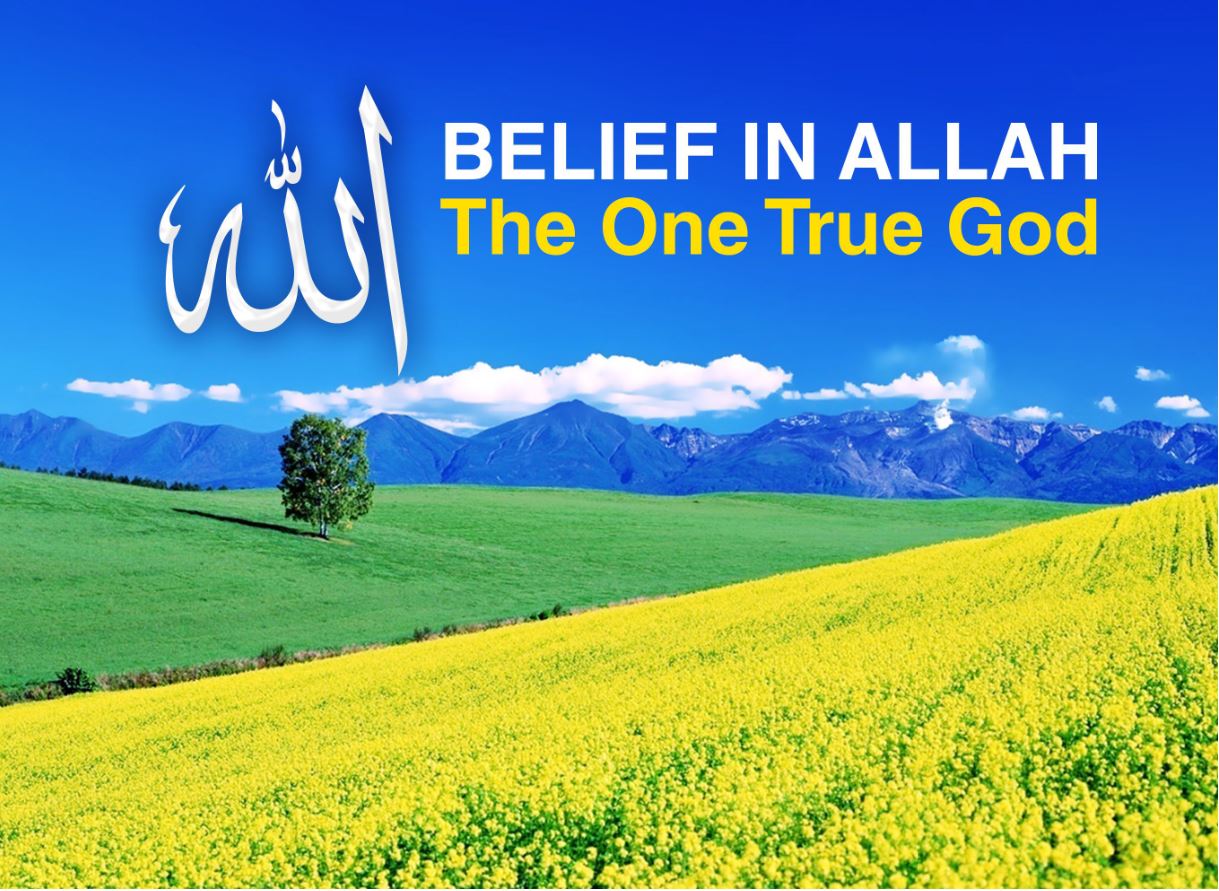 THE SIX ARTICLES OF FAITH IN ISLAM:

Allah (the proper name of God), The Lord, The One True God, The

Compassionate, The Merciful, The Creator, The Sovereign Lord, The Holy, The Pure, The Blessed, The Source of Peace and Perfection, The Judge, The All-Knowing, The All-Seeing, The All-Hearing, The Great One, The All-Forgiving, The Most High, The Sublime, The Most Loving, The Most Kind, The Provider, The Truth, and The Forbearing. 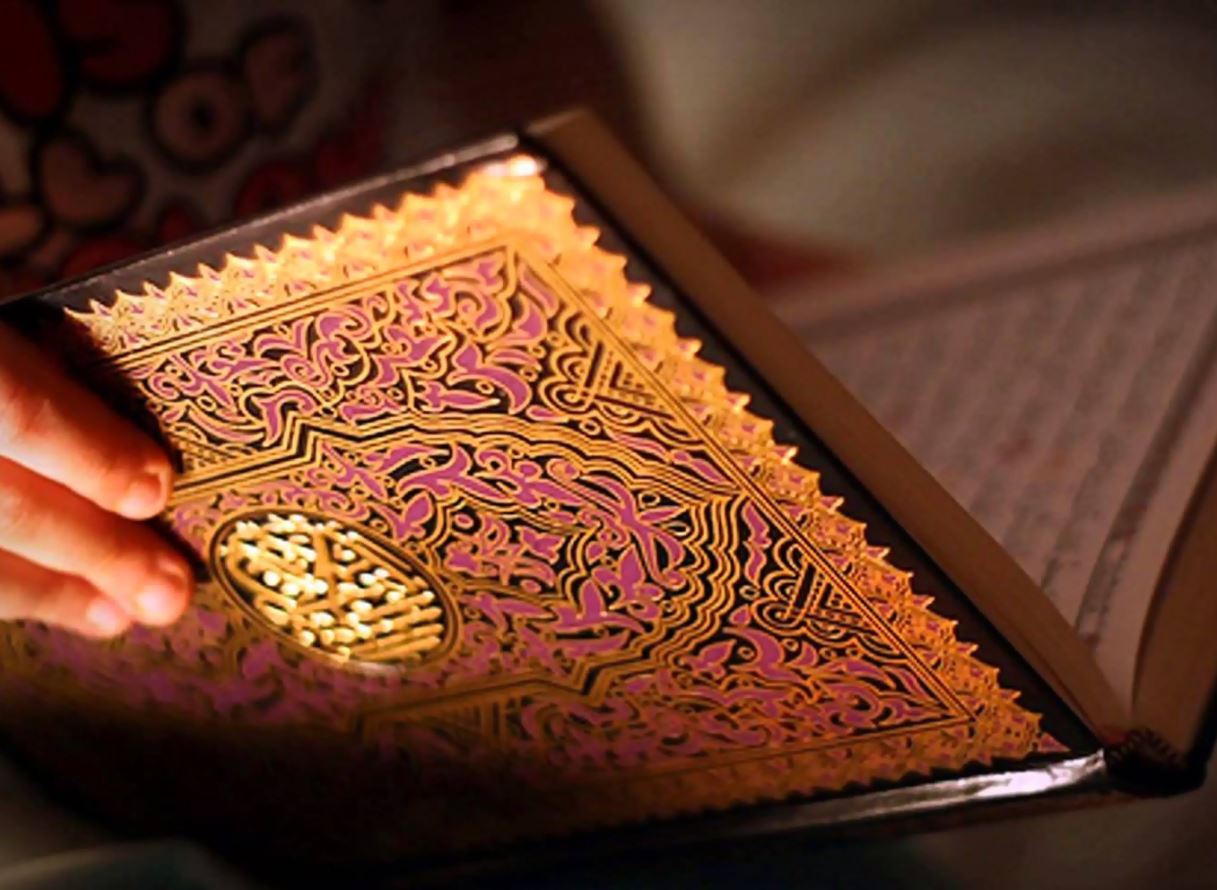 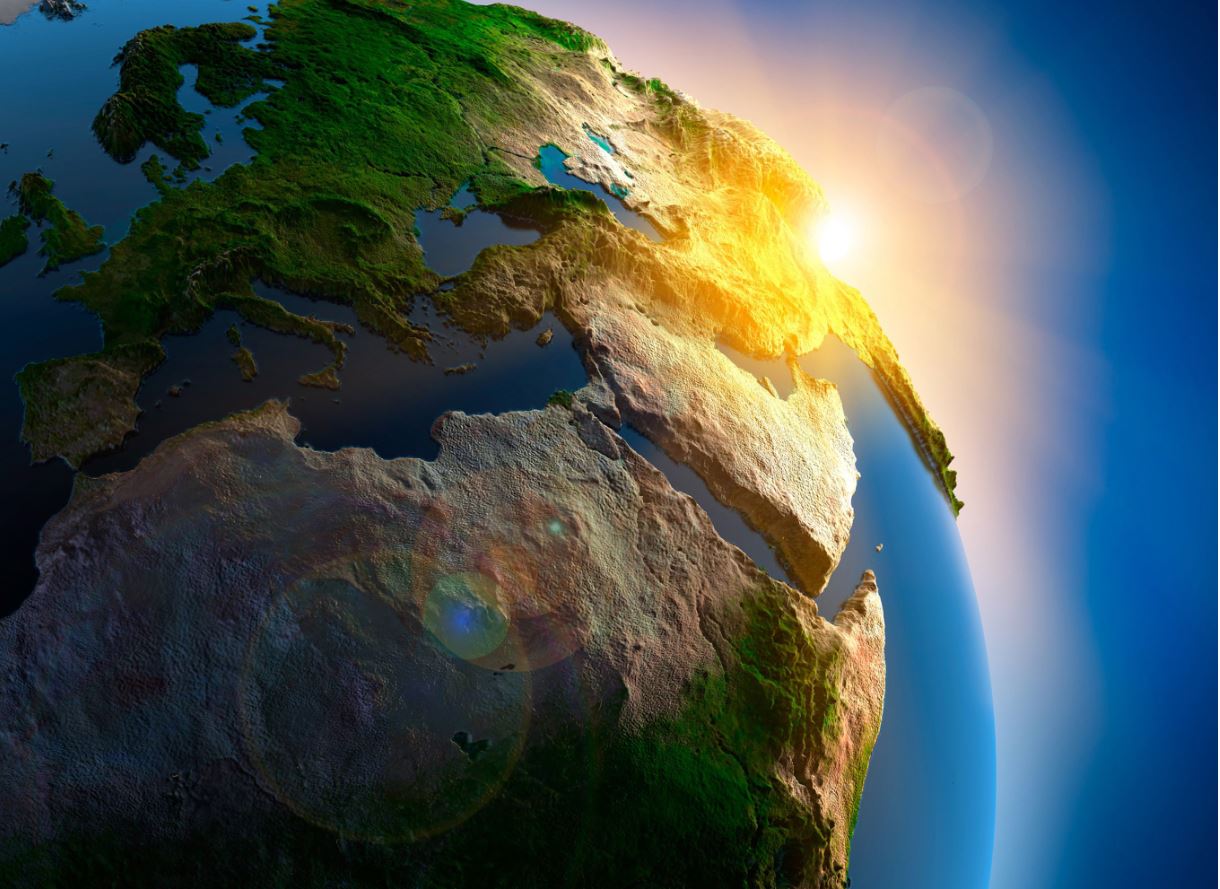 This beautiful faith in Allah and His decree brings Muslims peace of mind and contentment in spite of all the aggression, invasions, occupations, and exploitation of their land, oil, and wealth that are taking place in the world today, and in spite of the injustice, bias, discrimination, and defamation they suffer. 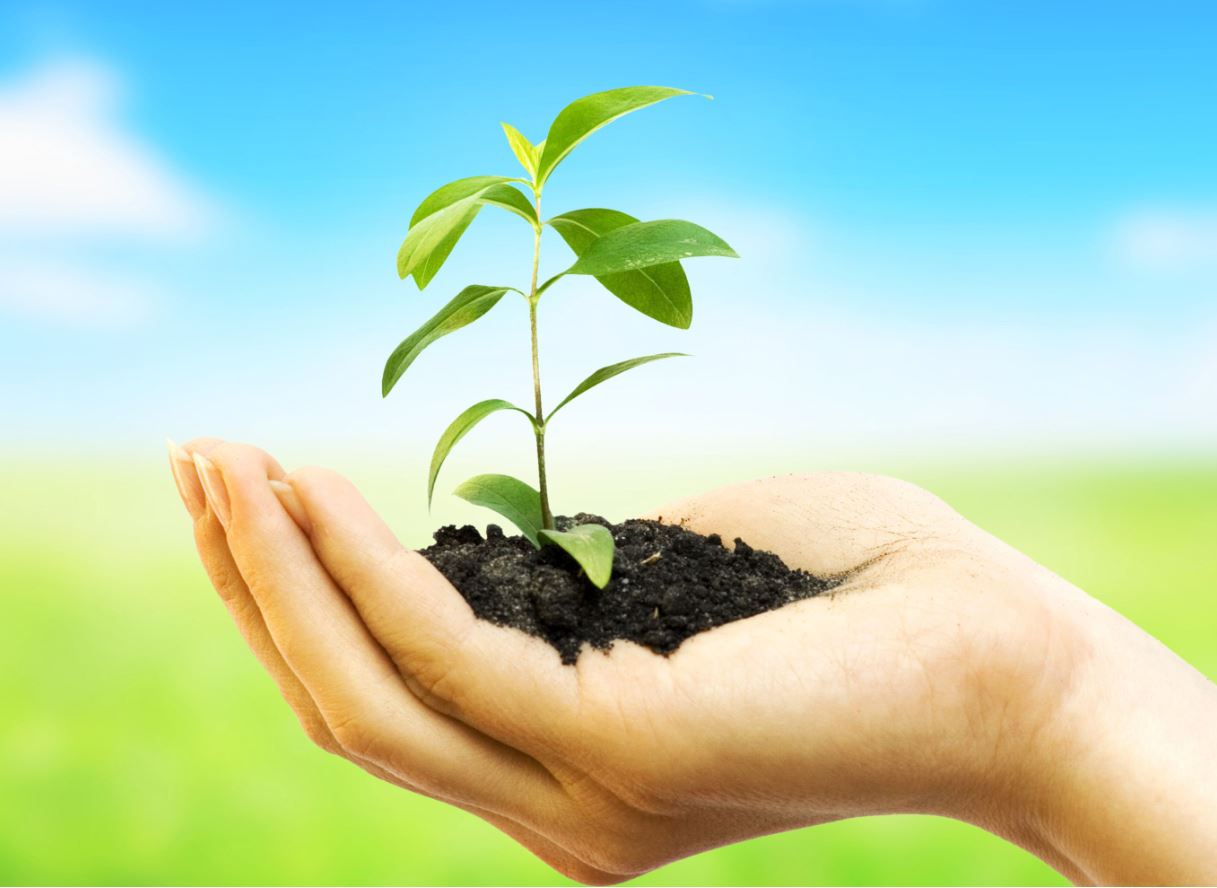 THE FIVE PILLARS OF ISLAM:

In addition to believing in the articles of faith, Islam teaches us to put this faith into practice. In addition to doing good deeds in general, Muslims must practice five basic pillars of Islam:

This is the testimony that one needs to pronounce in order to embrace Islam; it sums up the truth, beauty, and simplicity of Islam. 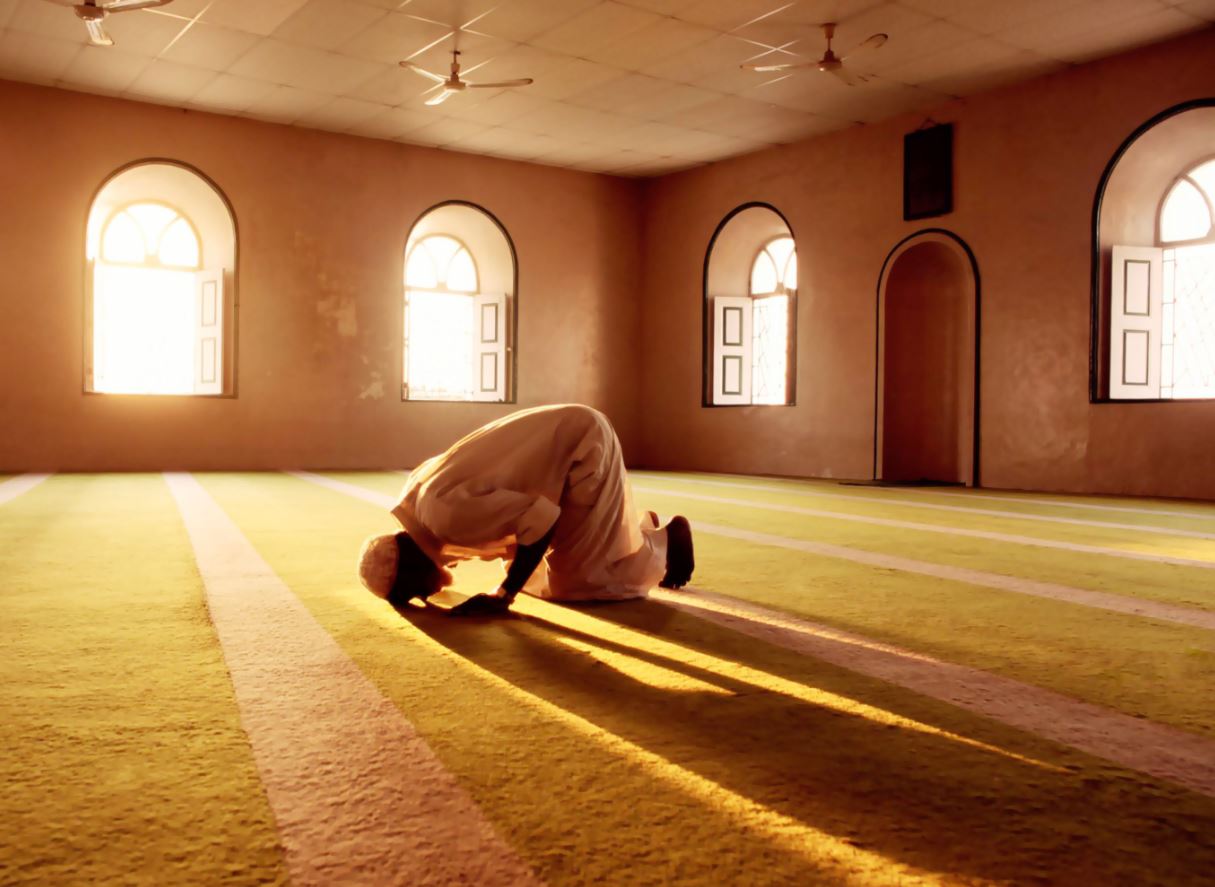 Performing the five daily, mandatory prayers. These ritual prayers include standing, bowing, and prostrating; reciting parts of the Qur’an; praising and remembering Allah; and asking for His mercy, forgiveness and Paradise.

The beauty and power of the prayers bring us spiritual growth, psychological comfort, and support, as well as relief, tranquillity, and contentment for our souls, minds, and hearts. The way the prayers are spread across the day and night means that we are always reminded of God (Allah).

What adds to the beauty of the prayer is the fact that God’s prophets  ̶  including Adam, Noah, Abraham, Moses, Jesus, and Muhammad  ̶  also prayed and prostrated to the same One True God, Allah. In other words, Muslims are following in the footsteps of those prophets and messengers of God.

Furthermore, many other beautiful concepts, such as love of God, submission and surrender to Him, supplication, unity, equality, sincerity, patience, humility, and meekness are manifested in and learned from the prayer. 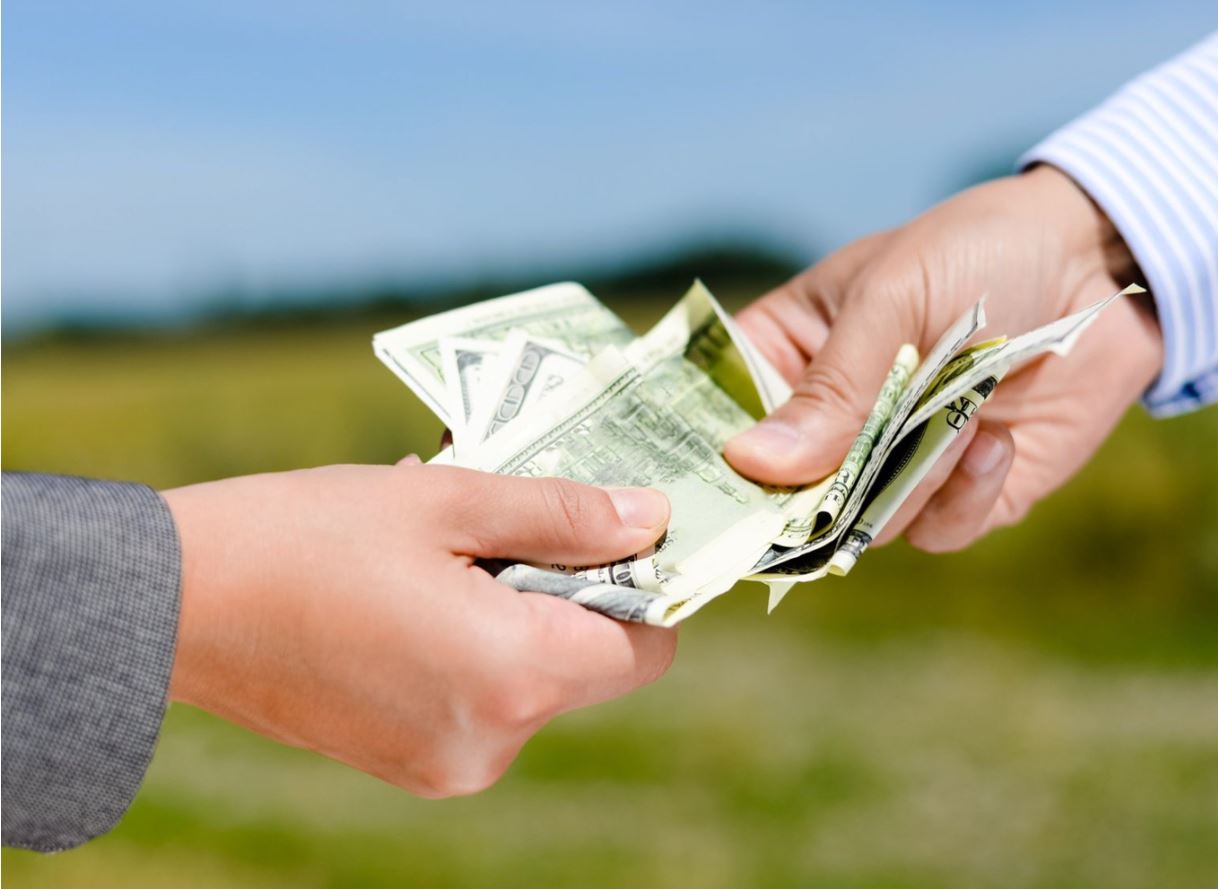 The mandatory giving of a certain amount of one’s wealth to the poor and needy. Zakat purifies our properties and money, while at the same time purifying us from greed and miserliness. It teaches caring and sharing, which build strong bridges of mutual love and respect between the rich and the poor. Indeed, it fosters support, help, cooperation, and solidarity across society as a whole. 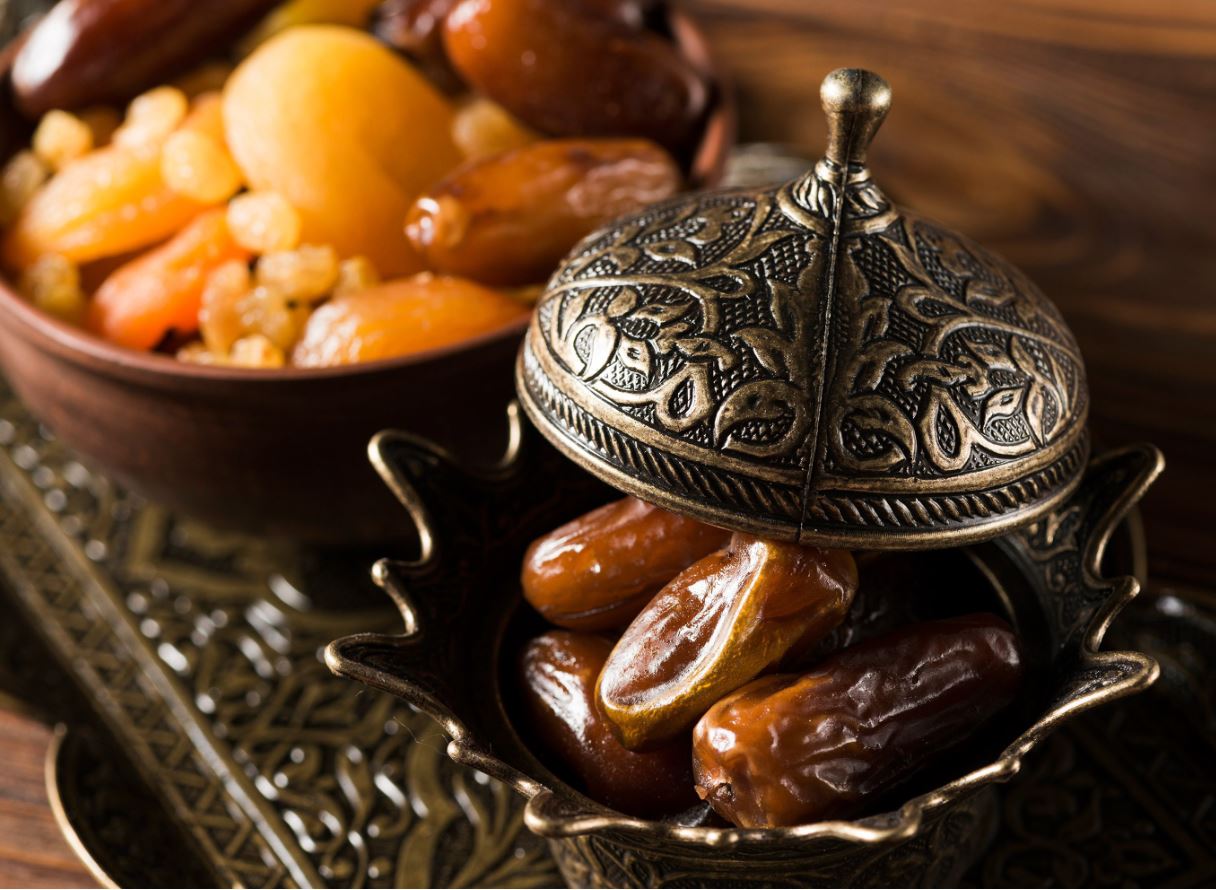 Sawm (fasting) means refraining from all food and drink, and from marital relations, from dawn until sunset throughout the Islamic month of Ramadan. Some of the beautiful benefits and lessons of fasting include: 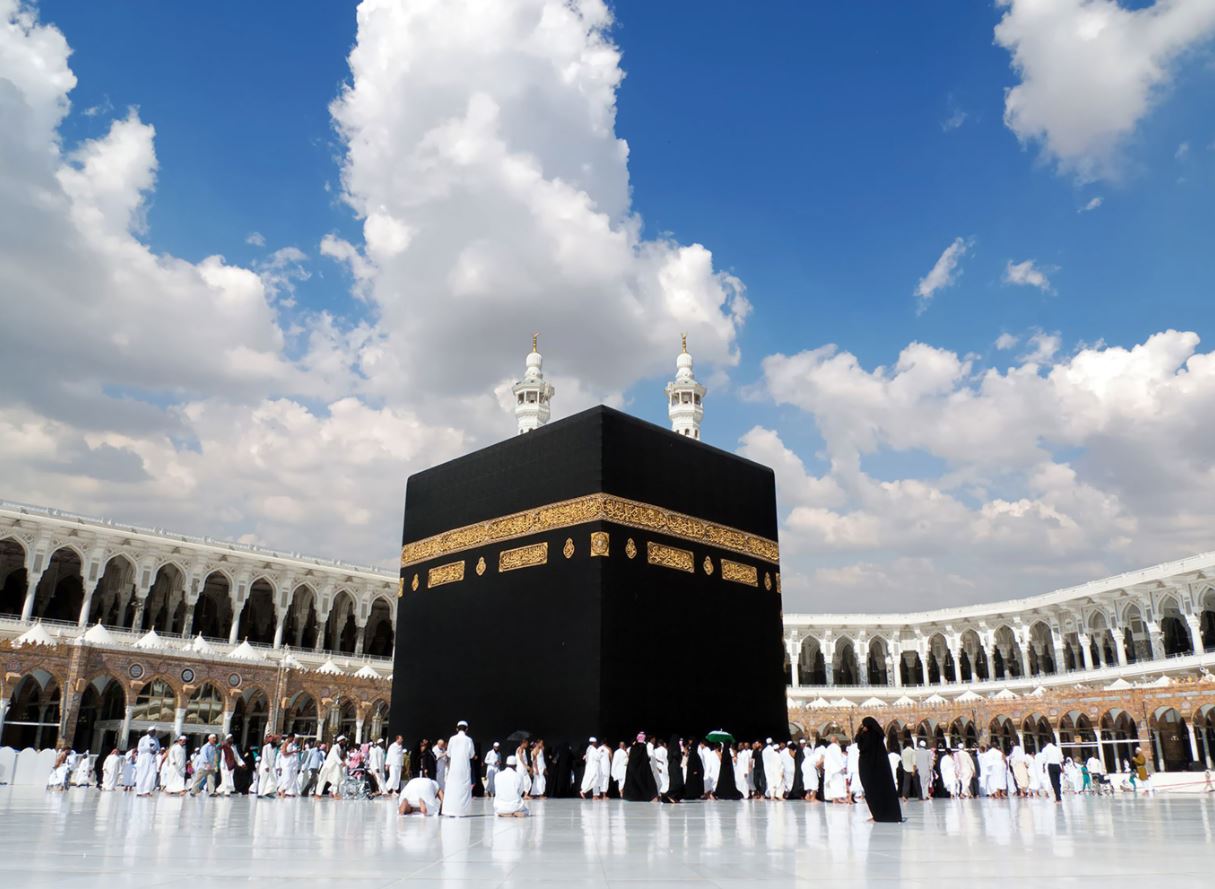 Hajj is the pilgrimage to Makkah that every Muslim must perform once in his or her lifetime, provided he or she is physically, mentally, and financially able to do so.

As with the other pillars and tenets of Islam, the beauties, lessons, and benefits of Hajj are many. Millions of believers of all colours and races, from all over the world, answer the call of Prophet Abraham, who (with his wife Hagar and son Ishmael) is associated with many of the rites of Hajj. Wonderful principles and concepts can be seen in action during Hajj, including: submission and obedience to Allah, brotherhood and sisterhood in Islam, unity, patience, sacrifice, prayer, charity, and fasting. The annual Hajj witnesses and features the largest and most unique religious gathering of its kind in the world.

During this remarkable convergence of all races and colours, all serving only one God and following only one message, Malcolm X and others have discovered the beauty of true faith, Islamic brotherhood and sisterhood, and equality.

My pilgrimage broadened my scope. It blessed me with a new insight. In two weeks in the Holy Land, I saw what I never had seen in thirty-nine years here in America. I saw all races, all colors -blue-eyed blonds to black-skinned Africans- in true brotherhood! In unity! Living as one! Worshiping as one! (The Autobiography of Malcolm X)

Allah: In Arabic, Allah is the proper name of the One True God, the Creator. Islam teaches that Allah is the true God of all humankind. Jewish and Christian Arabs use this name (Allah) to refer to God, and it is the word used for God in Arabic-language Bibles.

Muhammad: the last Prophet of the One True God (Allah); sent to all humankind (may Allah’s blessings and peace be upon him).

Islam: submission to the Will of the One True God (Allah).

Muslim: one who submits to the Will of the One True God (Allah).

The Glorious Qur’an: the final Word of the One True God (Allah), as revealed to Prophet Muhammad.

The testimony of faith (the gateway to Islam):

In Arabic, it reads:

This is the testimony of faith that one needs to pronounce in order to embrace Islam; it sums up the truth, beauty, and simplicity of Islam.

We're sorry something's wrong. How can we help?
© islambeauty.com 2021

We're sorry something's wrong. How can we help?