The Effect on dialysis efficacy in elderly patients
Listening to a recitation of the Holy Qur’an in combination with interdialytic endurance–resistance training induced an improvement in physical condit published: 13 Dec, 2020

The paper was designed to examine the effect of reciting to the Quran in restoring the based on Resilience and Mental Health among Quarantined Covid-19 Patients. Reciting the Al Quran is a phenomenon that is currently shrouding the people around the world, including Malaysia, during the Covid 29 pandemic. The al-Quran has a unique power in changing an individual's inappropriate behavior to appropriate behaviour. According to Azarpour, Moraditochaeeb, & Bozorgia, the al-Quran contains various elements needed by humankind, such as religious, social, economic, health, medical, scientific, political and other aspects, as a guide for achieving prosperity in this life and the afterlife, reciting the al-Quran daily showers a person with continuous serenity, which is a very effective therapy for a person facing pressures in life. The al-Quran also provides all the internal and external needs required by a person to face the various challenges in life. Reciting the al-Quran is not only advantageous to a person but listening to recitals can also provide serenity and blessings from Allah S.W.T.

The prime minister of Malaysia has declared a eight-week nationwide lock-down starting from midnight the 18th of March 2020 to the 12th of Mei 2020, explaining that it was an essential and effective measure for breaking the COVID-19 infection cycle. Reciting the Al Quran is a phenomenon that is currently shrouding the people around the world, including Malaysia, during the Covid 29 pandemic. The al-Quran has a unique power in changing an individual’s inappropriate behaviour to appropriate behaviour (Nawsher Khan et al, 2010; Ahmed M. Abbas et al, 2016; Alatas, M.; Al Domi 2015; Al-Galal, S. A. Y. 2017 ). According to Azarpour, Moraditochaeeb, & Bozorgia (2014), the al-Quran contains various elements needed by humankind, such as religious, social, economic, health, medical, scientific, political and other aspects, as a guide for achieving prosperity in this life and the afterlife, reciting the al-Quran daily showers a person with continuous serenity, which is a very effective therapy for a person facing pressures in life (Salam, Wahab, & Ibrahim, 2013). The al-Quran also provides all the internal and external needs required by a person to face the various challenges in life (Nakhavali & Seyedi, 2013). Reciting the al-Quran is not only advantageous to a person but listening to recitals can also provide serenity and blessings from Allah S.W.T. (Abdullah & Omar, 2011). Shekha, Hassan, & Othman stated that reciting the al-Quran can stabilise hormones that cause anxiety in a person leading to the long-term stabilisation of emotions (Shekha, Hassan, &

Othman, 2013). According to Kahel, in Norsiah Fauzan and Siti Naqiah (2015), reciting the al-Quran produces frequencies that reach the ear, which is then transferred to the brain and influence the brain cells through electric impulses found in the cells until the cells react toward this impulse and changes according to the frequency as well as the balance in the brain’s nervous system based on natural dispositions created by Allah S.W.T. (Alsaboney, B. M. (2007) Al-Galal, S. A. Y.,.et al 2017 Ghanem, E., & Wahab, M. N. A. (2018).

II.THE POETIC ELEMENT IN THE AL-QURAN

The poetic element in the al-Quran has its melodic frequency, which is based on cells in the human body (Kahel, 2013). This statement is consistent with Abdullah & Omar (2011), who stated that scientifically, reciting the al-Quran provides a calming and pleasing feeling because the contents of the verses in the al-Quran are related to the miracle of the human mind in terms of its creation by Allah S.W.T. (Shekha, Hassan, & Othman, 2013). The theory of waves in physics is mentioned in Surah Al-Zariat (Verse 1 to 5). In Verse 51:1, Allah S.W.T. explains the generation of photons or microwaves, Verse 51:2 elaborates about data containers (coding and aggregation), Verse 51:3 explains about data transmission, and 51:4 is about data collection, decoding, and distribution. According to Norsiah  Fauzan  and Siti  Naqiah  (2015),  based on  the  theory of  physics,  electromagnetic  light  (comprising oscillating electrical and magnetic fields) is made up of energy waves and particles, which are called photons or gamma particles. These electrical and magnetic fields are produced by oscillating electrons in each atom, which is found inside each cell in our body. The universe consists of atoms that vibrate periodically, either in the form of water, cells or minerals. Hence, anything that vibrates is an undisputed scientific fact (Norsiah Fauzan and Siti Naqiah, 2015). Azarpour, E. et al (2014) and Ghanem, E., & Wahab, M. N. A. (2018) have used surah Az-Zumar to examine the mind’s behaviour during meditation or reciting the al-Quran by using quantitative electroencephalograph (E.E.G.). The study intended to measure and identify all the brain wave signals during reading a book or reciting the al-Quran as well as examine any changes in alpha waves. However, it only focused on changes in alpha waves when reciting the al-Quran. Reciting the al-Quran also reduces the feeling of fear in a patient before surgery (Majidi, 2004; Khatoni, 1997) and  also increases the  patient’s  level  of  resilience  (Abdullah, A., & Omar,  Z. (2011).; Babamohamadi, H, 2015)  Bayrami & Ebrahimipour (2014) and Queen Rahmah et al (2017) were also of the view that the melodic reciting of the Quran in delivery wards provides a calming effect on a mother who is about to deliver a baby. The melodic recital of the Quran indirectly provides a relaxing and calming atmosphere for mothers in such a tense and excruciating moment of childbirth (Ansari et al., 2005; Chlan & Tracy,1999; McCaffrey & Locsin, 2002; Arslan et al., 2008). There are also studies about the various effects of E.E.G., such as meditation or classical music that are similar to the study about “Solat and Brainwave Analysis” (Nawsher Khan, N.K., Bhattacharya & Petsche, 2001; Nakamura, Sadato, Oohashi, Nishina, & Yonekura, 1999). Norsiah Fauzan (2015) and Sadeghi, H. (2011) stated that there were brain wave signals after prayers, as indicated by electroencephalograph (E.E.G.) signals and autonomic nerve activity, which was determined by comparing E.E.G. activity samples after prayers and after listening to music by using the principal component analysis and the Fast Fourier Transform test. The findings show that the  amplitude was at the  highest level for the  power spectrum  distribution that had gamma waves indicated by the E.E.G. compared to other groups (delta, theta, alfa and beta) for both the activities (Mohd Ridzwan et al., 2011).

III.THE LISTENING OF CLASSICAL MUSIC AND RECITING THE AL-QURAN

Lebanon. Khalil, A.M, (2005), Shafiq (2011) and Mahjoob, M., et al (2017) had compared the listening of classical music and reciting the al-Quran and found that the level of alpha waves had increased among those listening to the recital compared to those listening to classical music. Laopaiboon et al. (2009) intended to determine the effect of reciting the al-Quran on the pain and anxiety among patients about to undergo an operation Julianto, V., & Subandi. (2015). compared to patients who did not listen to a melodious recital of the al-Quran in the hospital (Mirbagher & Ranjbar, 2010; Allameh et al., 2013; Sharifi et al., 2013 & Bayrami & Ebrahimipour, 2014).

Several studies have focused on the effect of music on emotions and health (Safara & Samanesadatsadidpoor, 2014) Awa, S. (2014); Irawati, P., & Lestari, M. S. (2017);      , including the effect of music on children as well as their studies in school (Foran, 2009), music and the student’s activeness (Horton, Bustamante, Edmonson, & Slate, 2011), music and the student’s behaviour (Detty, 2013), and the relationship between music with stress and fear (Rastogi & Silver, 2014; Gautam, Goswami, Jain, Mondol, & Gandhi, 2015). This differs with the views of Nawsher Khan  et  al. (2010), who found that when listening  to  one’s voice when reciting the Quran was more effective in providing calm compared to listening to music, which only provides temporary calmness    (Allameh et al., 2013). One study found that Surah al Mulk resonates a frequency that is very suitable for changing the poles of the waves in specific areas of the brain related to reading or hearing (Norsiah Fauzan and Siti Naqiah Shahidan, 2015). Gerhard Roth (as cited in Norsiah Fauzan and Siti Naqiah Shahidan, 2015), a German neurologist, had discovered the part of the brain that evokes criminal behaviour, and he made a statement based on the scanned images of the “central lobe” in the human brain. Based on the X-rays, there is a dark mass on the scanned images, which is the predominant region of the brain responsible for criminal behaviour. He was of the view that the dark images are usually found in almost every convicted felon in Germany. The statement above is consistent with Ghanem, E., & Wahab, M. N. A. (2018), Mitchell, L., & Romans, S. (2003) and Kahel, A.D., (2013) who stated that a neuroscientist from the University of Pennsylvania had shown that three parts of the brain are active when a person is telling a lie, which is namely the anterior cingulate cortex, dorsal lateral prefrontal cortex and parietal cortex. Based on studies by Western researchers, this is consistent with what is mentioned in the al-Quran, whereby the parts of the brain mentioned above have been explained by Allah S.W.T. in surah Al-‘Alaq.

“No! If he does not desist, we will surely drag him by the forelock; A lying, sinning forelock” 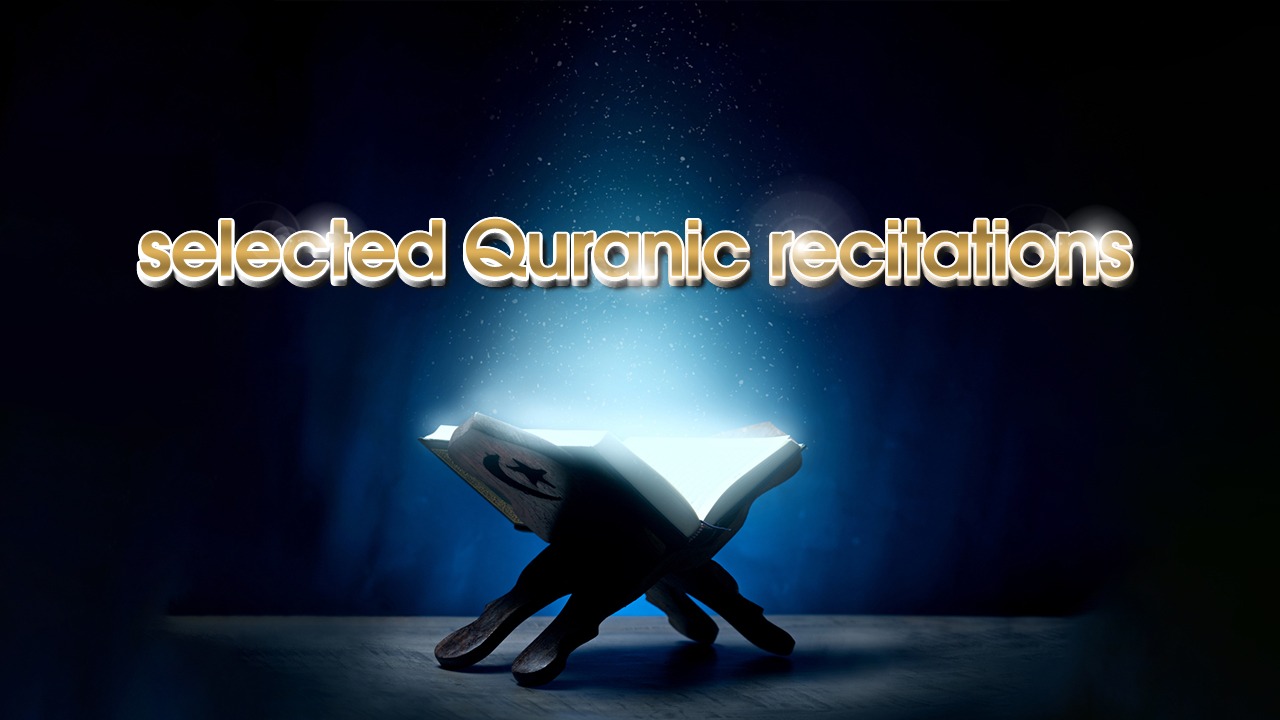 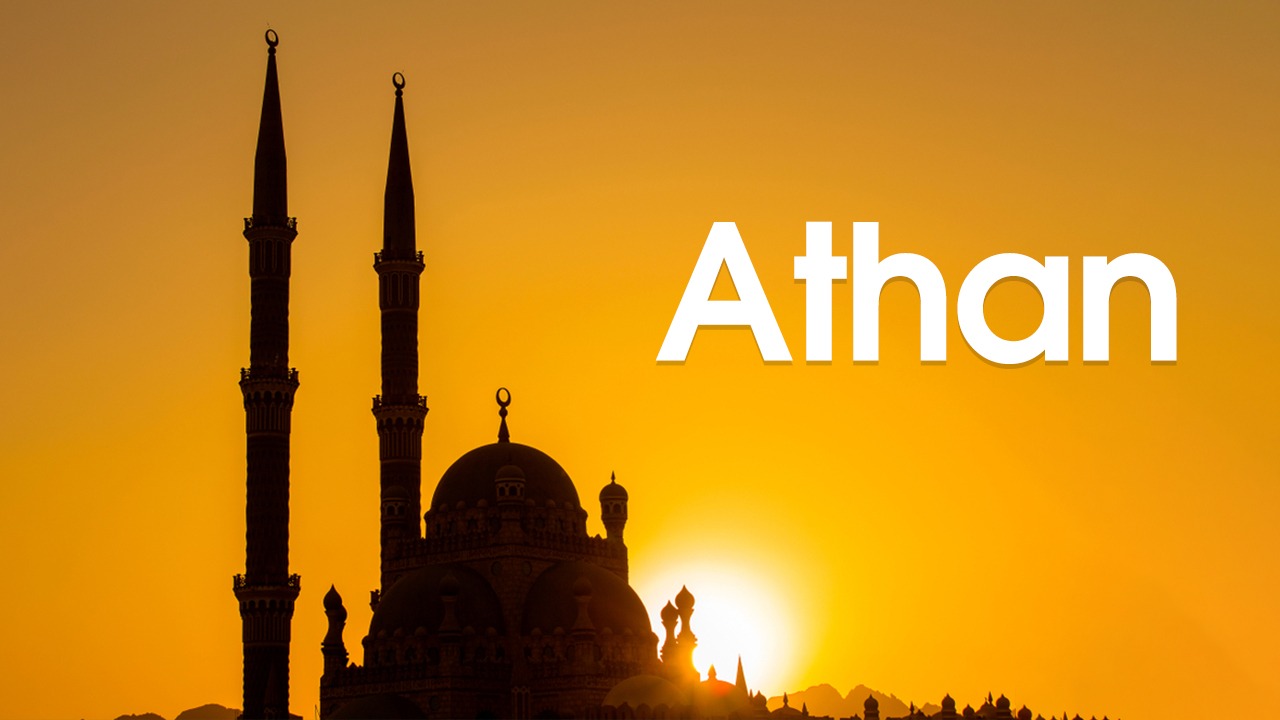 We're sorry something's wrong. How can we help?